Op-Ed: The Most Egregious District Attorneys in America Self-Proclaimed Saviors of America’s Criminals

Bob Dylan’s song, “The Times They Are a-Changin’” was written when the country was undergoing significant political and social upheaval. Change can be both good and bad, but only the most naïve among us or someone who is intentionally undermining our laws could look at the changes in our criminal justice system over the last 19 months and say it’s been a change for the better. Our criminal justice system has sold out, not for a humble, good man who spent his life helping others but for a criminal who lived a life of crime.

Not even Dylan could have predicted how quickly times would change following the death of George Floyd. Out of Floyd’s death rose many disciples who chose to become District Attorneys (DAs) to carry out the new word of the law, “punish the good and coddle the bad.” No bail, no jail, and a watch the world we love and know fail. The reins of justice have fallen to the ground as the DAs (disciples) transform our system into a mockery. Under these new DAs, the cops are the bad guys and criminals are good, self-defense is prosecuted to the fullest extent of the law while riots, looting, assault, and murder are swept under the rug altogether. Meanwhile, murder was up 29% in 2020.

Mike Schmidt is the progressive DA of Multnomah County which includes Portland. Schmidt ran on a criminal justice reform platform promising to focus on mental health and addiction treatment over prison. Schmidt who won his election with 77% of the vote, began his term, refusing to prosecute people who were arrested while participating in the George Floyd “protests” unless there was “deliberate property damage, theft, or threat of force.” This caused the police department to distrust and lose confidence in the county’s prosecutor to the point that Schmidt was called a member of Antifa in a meeting. Schmidt immediately enamored himself to the Soros supporters and the new woke society aimed at subjugating our justice system continued to grow in Portland. However, Portland is now begging former police officers to come back to the job and protect the citizens of Portland. Maybe they realize that Soros’s super PAC can’t buy back safety or cops. Meanwhile, Portland just recorded its 84th homicide, up from 36 in 2019.CARTOONS | MICHAEL RAMIREZVIEW CARTOON

Laura Conover is a former progressive defense attorney in Pima County Arizona. Conover is now in charge of the DAs Office for Pima County after being backed by George Soros’s super PAC. She campaigned on ending “mass incarceration.” After her election win, she called for bail reform. No up-front bail for those who commit major crimes, usually just an appearance ticket. Her team consists of former legal aid and defense attorneys, and they would rather let the bad walk than lock them up.

George Gascon, whose family emigrated from Cuba, is one of the worst DAs in the country. Gascon refuses to prosecute a wide range of criminal activities and has released rapists, a cop killer, and some of the vilest felons back into society with a slap on the hand. He refused to charge a juvenile gang member as an adult for murder, even though the murderer has continued to show his support for the gang. The head of the LA County Union that represents over 1,000 prosecutors within Los Angeles County criticized Gascon for not letting the other districts know about the smash and grab in LA County. Opponents have launched two recall attempts which failed because the backers could not get enough signatures before the closing date for submission; however, they are not giving up.

This is happening all over the country. Progressive DAs, mostly backed by George Soros’s super PAC, are commandeering our cities and letting the bad guys go. In the last few years, Soros has invested millions of dollars into supporting leftist candidates for DA around the country. The number of Soros funded District Attorneys across America has grown beyond the 12 well known in major cities like Austin, Louisville, Baton Rouge, Philadelphia, Los Angeles and San Francisco,  and now include suburbs like Loudoun County, Va where the prosecutor sought to charge a father whose daughter was raped at a Loudoun County School. The father was outraged after the school system’s superintendent denied knowing about any sexual assaults in the schools’ bathrooms.

This is a fight between good and evil and the American people deserve a criminal justice system that will prioritize the safety of the law-abiding Americans over the feelings of criminals and woke leftwing activists. We need DAs who will enforce the law and prosecute criminals rather than make excuses for them.

James J. Fotis, President/CEO of “The League for Sportsmen, Law Enforcement and Defense, Inc., has a long career of experience as an informed, decisive leader and an analytical, proactive problem solver. He served more than twenty years as the Executive Director of the Law Enforcement Alliance of America (LEAA); an association of law enforcement officers, crime victims and concerned citizens. During his tenure, LEAA became a serious influence in the law enforcement community and on Capitol Hill. Mr. Fotis has appeared on hundreds of TV and radio programs as a commentator on sensitive issues ranging from gun control to terrorism. Mr. Fotis served for fourteen years as a Police Officer for the Lynbrook, New York Police Department, retiring as the highest and most decorated officer in the department’s history. Mr. Fotis holds a master’s degree in Professional Studies and a bachelor’s degree in Behavioural Science/Criminal Justice; he served three years in the military, leaving the Army as a disabled Veteran. 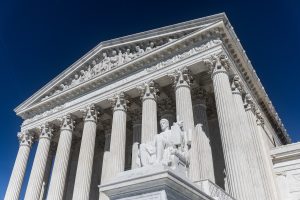 ‘The League’ Hails U.S. Supreme Court Decision Recognizing the Right to Carry Firearms
Outside the Home

The League for Sportsmen, Law Enforcement and Defense, aka ‘The League,’ praised the 6-3 decision of the U.S. Supreme Court to overturn New York’s discretionary

[5/31/2022, WASHINGTON D.C.]- The League for Law Enforcement has joined forces with Sheriff David Clarke to bring public awareness of the democrats’ continuing war on

In the words of Warren Zevon’s “Lawyers, Guns and Money,” it appears that our government is the prey of lawyers, the nemesis of law-abiding gun

The League for Sportsmen, Law Enforcement and Defense (“The League”) is a registered nonprofit political organization and Hybrid PAC organization organized under Section 527 with the IRS. Contributions to The League are not tax deductible.